There are a lot of choices in the offshore world.

Particularly when it comes to structuring your business and tax profile.

A million different choices and combinations maybe. Or more.

There’s a lot of flashy offers and promises.

Some of them can seem really good.

Some of them seem like they can wipe out your tax bills overnight.

And there are always new offers popping up.

This is where you’ve gotta be careful. 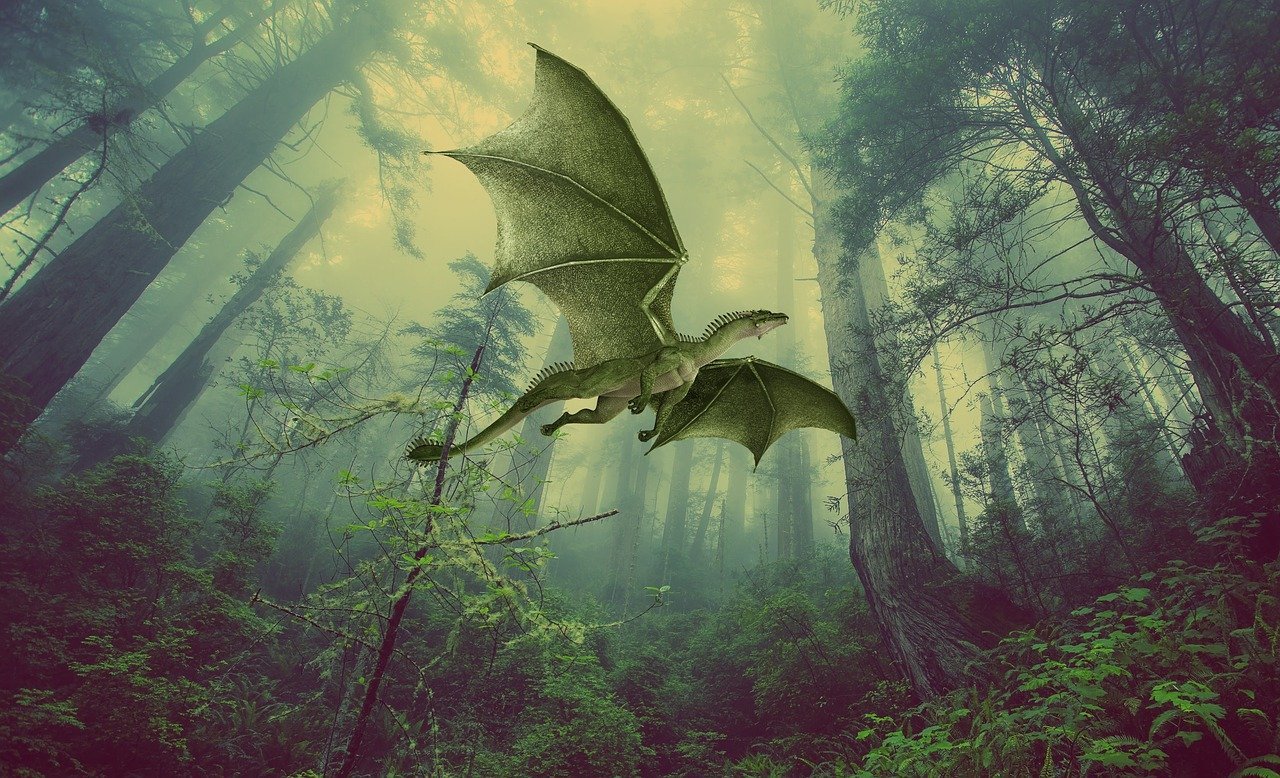 Ever had a parking fine?

Maybe you had to quickly run into to get something and thought you’d get back and out before anyone would notice.

There’s an orange slip on the windshield.

You get a letter.

Maybe you ignore it.

You put your head in the sand.

You get another three letters.

Each time the amount they want gets bigger.

But you can’t be bothered to do anything about it and you put it off.

You don’t look at the latest figure they want.

Or you don’t even open the letters and they pile up somewhere.

It’s too stressful to think about them.

So you keep putting it off and you just hope it goes away.

Maybe you don’t actually hear about it for a while and they stop sending letters.

But, eventually, the problem comes home in a big way.

And it’s a lot bigger and a lot more fearsome than the original problem.

We’ve all been here, folks, one way or another.

But let’s take it up a notch.

It’s the week before Christmas.

The cops pull you over.

Big hassle it turns out.

You get arrested while driving because your fines went to the enforcement office, you didn’t pay and they pulled your license.

They front you before the county judge and you get fines on top of fines and a conviction for driving with a suspended license.

That’s a big pain, we can all agree, and way worse than if you’d just ponied up and paid the 50 bucks in the first place.

(And not the fun kind of dragon breeding kids do with their iPad games.)

In classic mythology, the dragon comes up out of nowhere to terrorize the whole village. The village burns under its fiery breath.

So that’s the idea here…

In other words, letting a problem build up and fester until it’s a really nasty monster.

So then this small problem ends up a massive dragon and it comes up and destroys you.

And in the rubble of the burnt-out ruins, the villagers of mythology might ask what they did to bring this torment upon them?

IMO it’s the shiny, cheap one-hit shortcuts that can lay the eggs for these future dragons.

That’s definitely the case in the offshore world.

So you want to be careful out here, in this magic forest.

It’s not so scary.

Or maybe it is.

But the worst monsters are probably going to be of your own making.

Don’t set and forget and assume a particular tax treatment will hold in the offshore world.

What did Ronald Reagan say?

If something smells iffy, pass on it in the first place.

If you’re already in, check up on it regularly and don’t ignore it like the pile of parking fine envelopes.

Find your problems and stare them right in the teeth.

They will be ultimately less scary this way. And long-term less destructive.

Here’s some other stuff to watch out for…

No silver bullets with offshore solutions 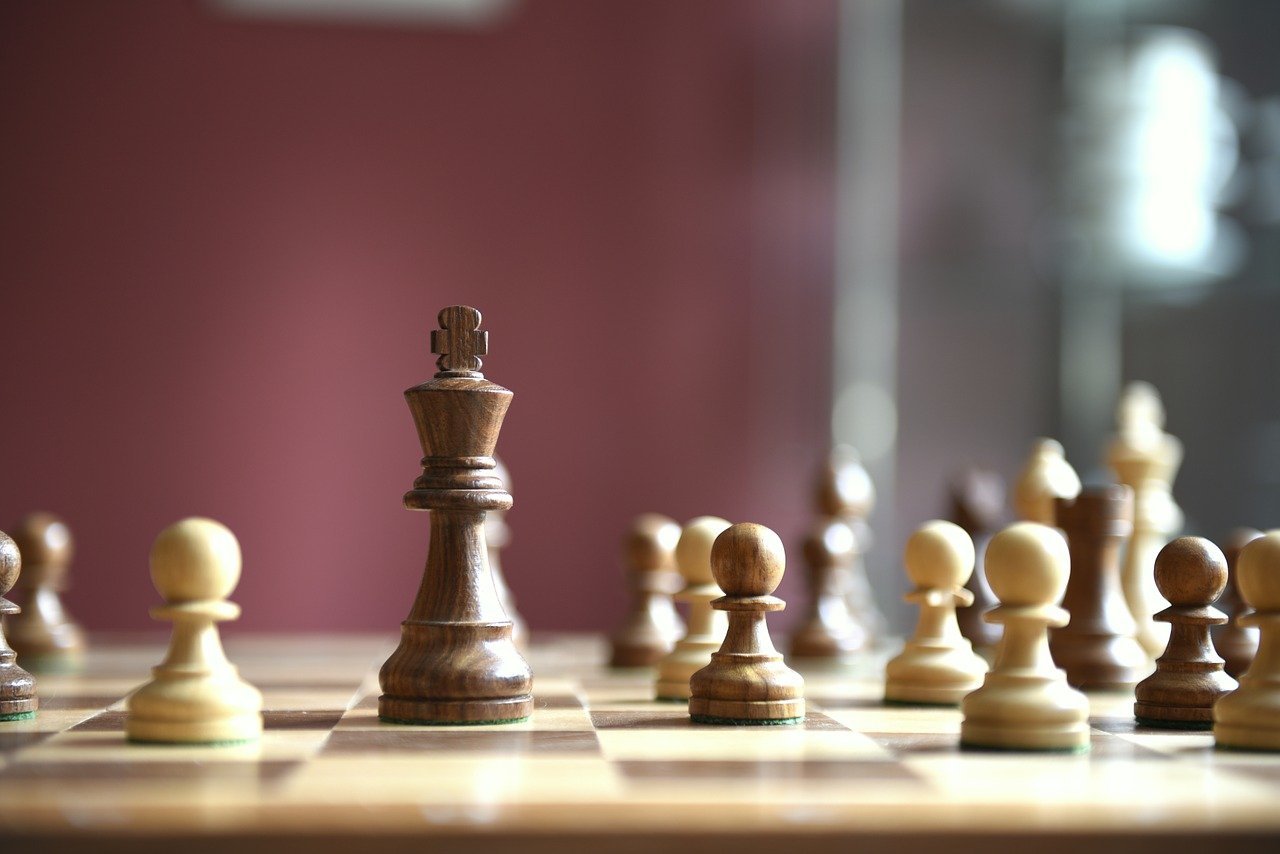 There aren’t any silver bullets or magic shortcuts in this business.

There’s no one move that you can make to solve everything.

No one move can reduce all your tax to 0%.

No such thing as “wham, bam, and you’re sorted”.

There’s only a series of moves.

And those moves have to be tailored to your circumstances, your strategy.

…you’ve got to be skeptical.

Most of the credible moves involve some serious drawbacks and substantial commitments on your part.

Let’s take one of the most expensive options often talked about: a new passport.

Day 1 with your new passport, that’s not going to do any instant magic for you.

You’re still going to be a tax resident of the place you lived yesterday.

The same thing goes for an offshore bank account.

These things don’t equal a magic “get of out tax-free card” you can wave in the face of the tax police.

There are no code words you can automatically use to stop an audit or activate your immunity.

Maybe they also want you to pay right away or pay upfront.

You can go with these shiny silver bullets, but it can quite often end up costing you more than would it would have done to do nothing.

So pass for my three cents.

Take a breather and have a look at your options.

There shouldn’t be sales pressure.

Assess the credibility of those who want to work with you.

Understand there’s going to be a few more steps involved than a checkout page on a fancy website.

Work out what the move will do you for on the chessboard. 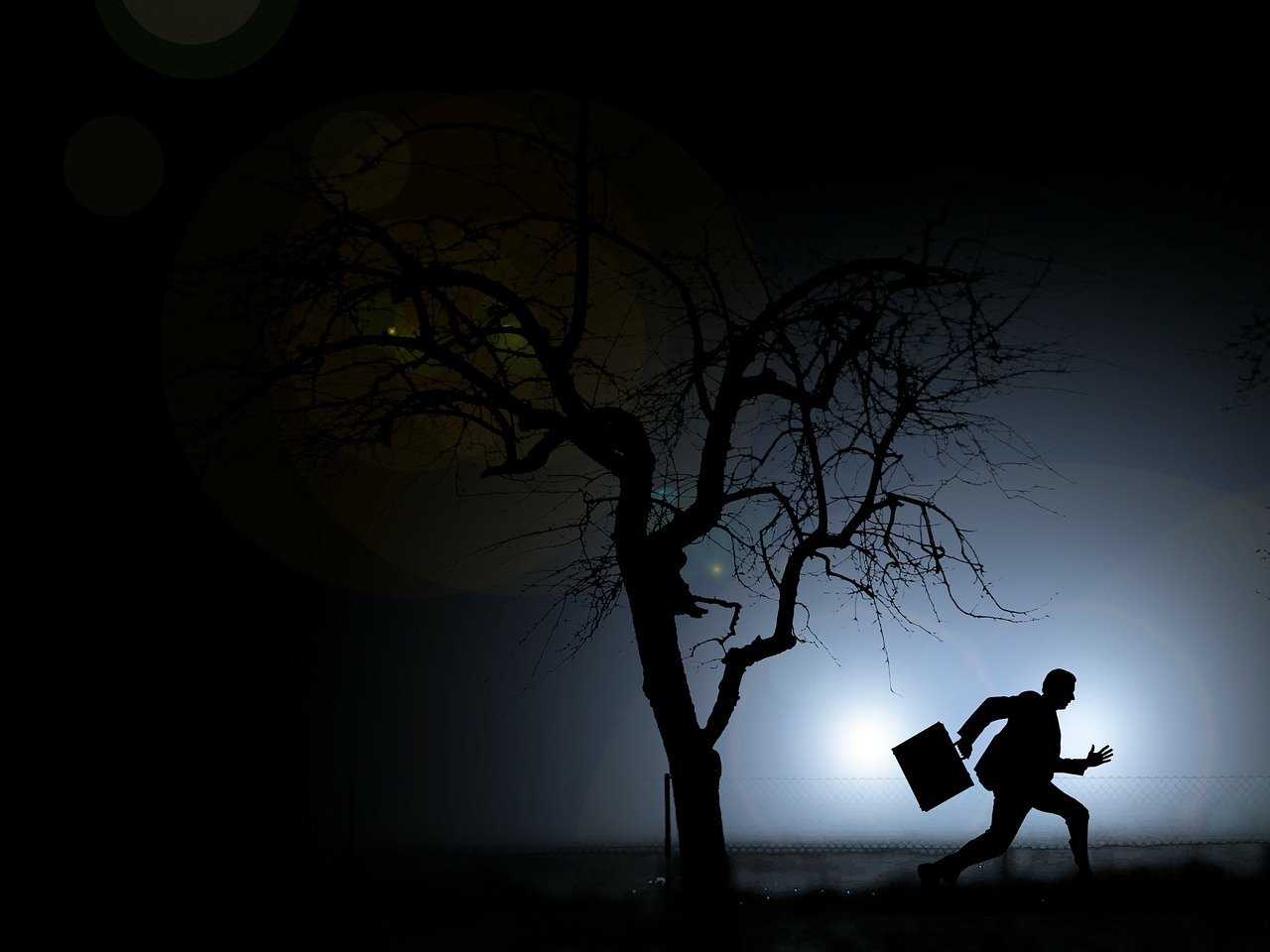 Maybe once you could have put your money offshore, not declared it and sat pretty at home in your high-taxing country.

With no oversight, and no automatic electronic data exchange, the tax authority would be none the wiser.

I’m picturing the guys who would fly from the States to the Caribbean in the 1980s to shuffle some money around.

Those days are over.

If they are your assets, they are producing income for you, and you’re still resident at home…

…then your home tax office wants to know, often as a way to know and has a good chance of finding out.

And waiting around on this kind of secret isn’t fun either.

It’s like the parking fines or the rotting tooth you don’t take to your dentist.

For offshore cash, I’d err on the side of disclosure and transparent arrangements.

There are lots of ways you can legally reduce or defer tax based on your circumstances.

You want the laws on your side, not against you.

Maybe you get taxed heavily one year and restructure things the next.

None of these ways have to involve deceiving or mis-declaring the situation to your tax authorities.

So don’t get sucked into using your integrity as an upfront, in-kind deposit to reduce tax.

And the type that can grow bigger than all the others. 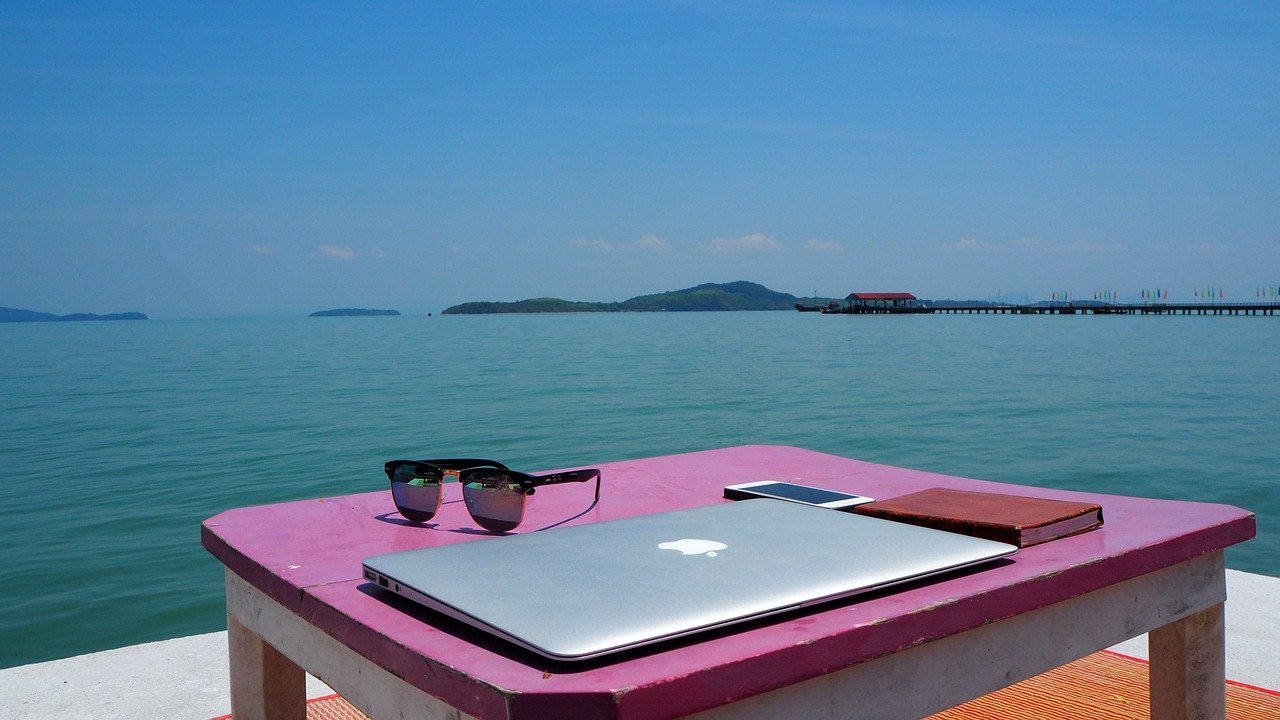 This isn’t the most potent dragon egg you’ll come across but it can still cause you issues.

Digital nomads often get into this problem.

They are always moving about.

They don’t have a base or a home.

Constantly either on tourist visas or visa-free days.

This is all fine but there can be some issues.

If you don’t have a home you can’t be taxed as a resident, right?

I mean, obviously, you’re not a resident if you’re never in your home country.

This is a common assumption but isn’t something that usually holds up when the tax police are looking into you.

It relies on a literal application of the 183-day test tax authorities often use to work out whether you are tax resident in a given year.

Tax residence is important because it determines whether you get taxed as a local or not.

It’s also usually key in deciding whether you need pay taxes on your worldwide income or not.

Digital nomads say they are free and don’t need to pay tax.

They don’t need to pay tax to anyone. Period.

But it ignores the reality that tax authorities have other tests in addition to the 183 day test.

One of the key things tax authorities in your home country will want to know is whether you’ve established a tax residence in another country.

If you haven’t, then they can say – “well, because you don’t have a permanent domicile anywhere else, we can assume that you intended to keep your home country as your intended domicile.”

AKA “sorry, but you have to pay tax at home”.

If you’ve been roaming for years digital nomad style and not paying taxes to anyone, this could very well be the dragon attack that hurts.

So keep a lookout for this one.

Traditionally speaking, it may be better to pick a new tax domicile and have a story to tell about where you are actually a resident.

“Nowhere” doesn’t really compute with tax authorities who are looking into your situation.

This can be a place that is advantageous to you in tax terms.

Somewhere you can put a flag down, pick up some real estate, a local tax registration and some demonstratable ties.

It doesn’t stop you from moving about, within reason.

That’s just a factor to put into the mix when you look at the tax residence problem with your advisers.

It’s a good one to look in the teeth regularly folks.

This is a small point really.

If you’re always on tourist visas or visa-free days, then you’re never really putting a flag down in a new country.

It may be harder to argue you’re a tax resident of that country.

And it’s also harder to get services locally.

That sort of thing.

Having papers is ultimately less of a hassle than not having them.

As you put some years in, it’s good to get the legal status that can be a pathway to more options in the future.

You don’t want the random surprise at the border crossing point.

As countries put more and more stuff on electronic databases, the assumption that you can play cute with a lot of visa-free requirements might start to get tested.

So these are a few dragon eggs to keep an eye on.

As we continue this journey together, we’ll add others.

There’s no shortage of them.

The trick is to manage them.

How useful was this article?

No votes so far! Be the first to rate this post.

Our trusty writers at Suitcase Investor comprise a team obsessed with the business, travel, tax, and immigration strategies of an international lifestyle. Call them tragic passport geeks, if you want, but these are folks who know the landscape and work hard to keep on the pulse of new developments.

What’s a good tax residency? (And why it matters)